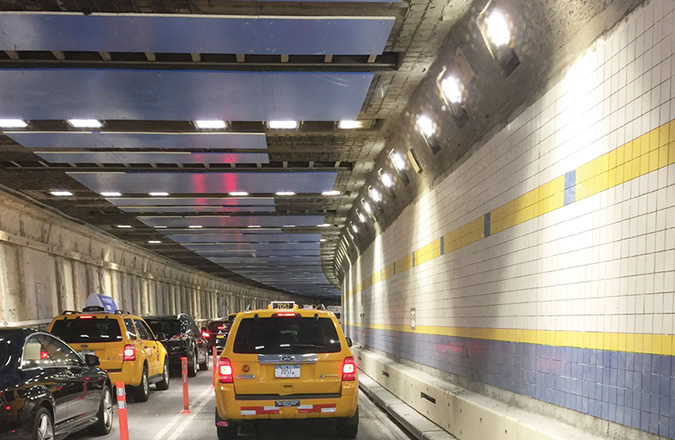 Originally opened in 1940, the Queens-Midtown tunnel is possibly one of the best known and recognisable motorway tunnels in all of North America.
Connecting the Borough of Queens to the Borough of Manhattan, this 4-lane, 1.95km long tunnel accommodates an estimated 88,000 vehicles per day.

In October 2012, floodwaters from Superstorm Sandy damaged the tunnel’s architectural, mechanical and electrical components.
The FEMA (Federal Emergency Management Agency) funded the renovation of the tunnel to protect it against a 500-year flood event.

The energy-efficient OMNIstar lights the threshold zones to provide the required high luminance requirements specified for the tunnel entrance.
The LEDNova lights the interior section of the tunnel.

Both luminaires provide ideal uniformity and minimal glare. At the same time they also protect the light source from the highly corrosive and humid tunnel environmental conditions.

The TLACS system dynamically controls luminance at the tunnel portal according to light levels outside and luminaire degradation inside.

For the tunnel operators, the ability to control these 2000+ luminaires also delivers reduced energy consumption and operational cost savings. 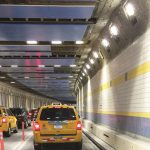